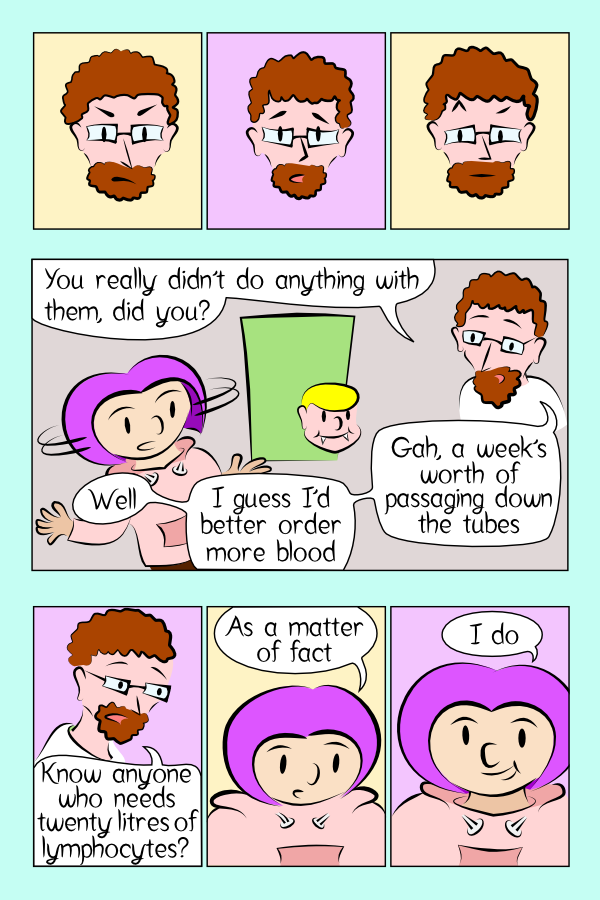 We're joining these fine folks in blacking out our site on Wednesday, January 18th in protest of the SOPA (H.R.3261) and PIPA (S.968) bills pending in congress.

The site will be back up late Wednesday night when we post page 21 of Henson ex Machina. In the meantime, here are some SOPA related activities that you may enjoy:

And, we're back up. There was a massive show of support for the blackout from the webcomics community. If nothing else, that so many could mod their sites on such short notice is a testament to the power of controlling our own means of distribution.

As usual, Otter (A Girl and Her Fed), nailed the commentary:

...Don't spend all your fury on this one fight just because it got a lot of media attention. Recognize that even if (when) these bills fail, the next bill might not roll by with a huge bandwagon attached to it...