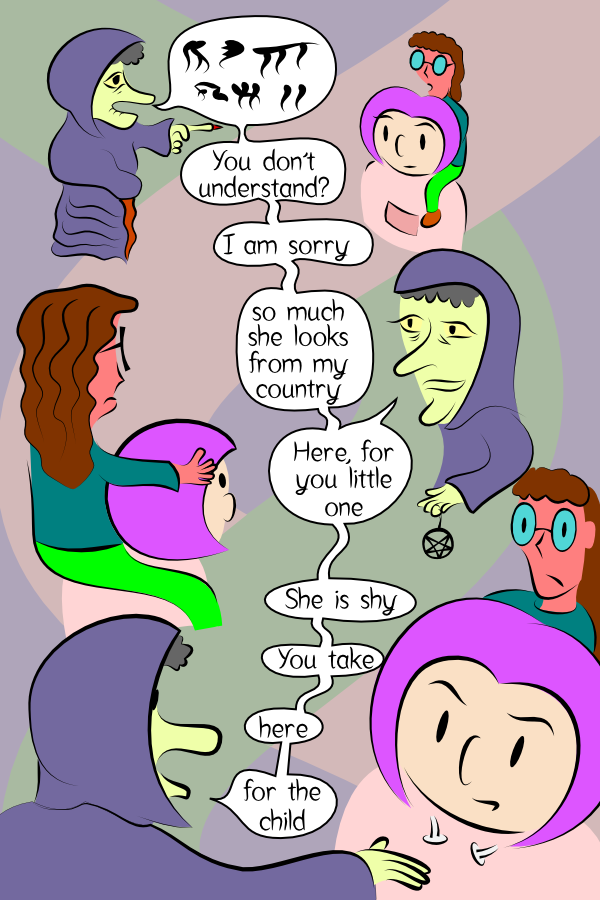 The Kickstarter for Skin Horse Volume 3 hit its funding goal in about 12 hours with 55 backers, but that's no reason not to get in on the action. It's like there's a party in my toolbox and science is invited!

Check out the hep new place to discover webcomics: Just the First Frame. Creator friendly, beautifully formatted, with just enough scripting under the hood to make it work -- definitely a class act.

Looks like our movie page is the second google hit for git tree svg. While that page doesn't actually address the question, we do happen to know the answer:

To render the DAG of all commits from a git repository (including unmerged branches) in SVG format:

Layout and SVG formatting is via the dot program from GraphViz, so you'll want to install that first.

All of the business with sed is just a trick for getting proper formatting in the input that we send to dot (node names and labels need to be quoted, any extraneous quotes in commit messages need to be stripped, and node names can't begin with a number).

We now return you to your normal comix programming...

Congratulations to Dirk Tiede on the ten-year anniversary of Paradigm Shift!