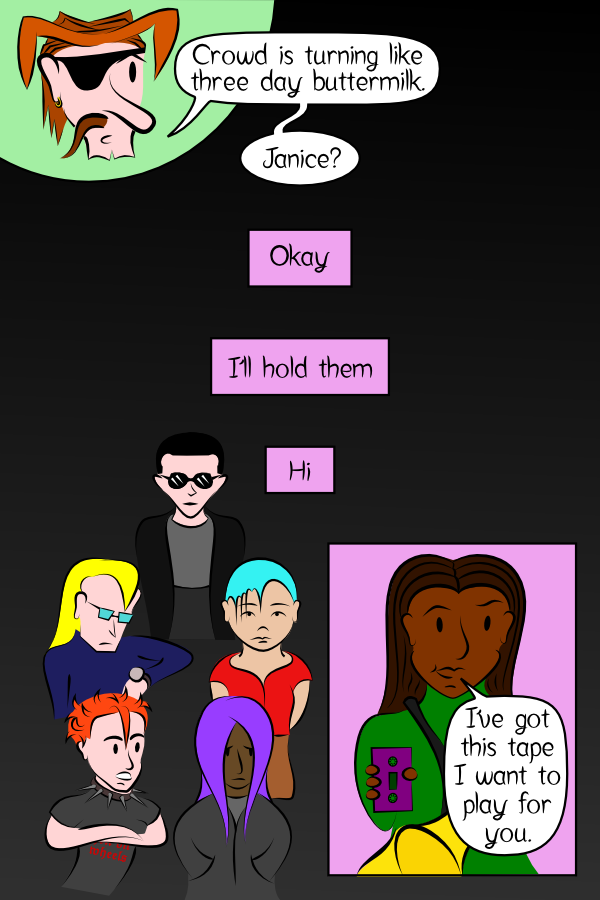 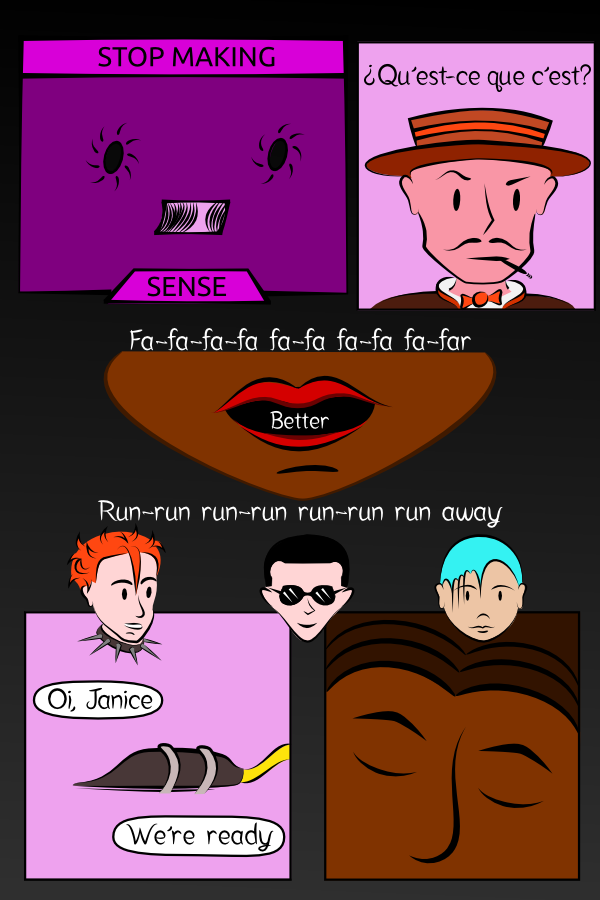 The internet is conversing on music. Here are the snippets that we've overheard:

What strikes us about these essays are not simply their civility, but their length and thoughtfulness. We care, deeply and collectively about the future of music. The tenor of the conversation suggests that it is in good hands.

Chynna Blue Monday Clugston's computer just died. She's set up a fundraiser to buy a new one here. Remember, the sooner she can get back to drawing, the sooner we'll get another issue of Thieves Like Us!

Tyler Nothing Better Page just dropped the Stylish Vittles 10th Anniversary Collection eBook -- a pdf of all three volumes of his first comic plus hundreds of pages of thumbnails, scripts, and sketches. Check it out here!

New comic from Shaenon Garrity: Monster of the Week -- wherein each Friday she posts a 12 panel recap of an X-Files episode ("because it's awesome")

It's time for another Chompskian romp with Shaenon Garrity -- Colorless Green Ideas!